Read the following text and make a plan for it

A bridge crossing is an engineering structure that provides safe and free transportation across a body of water. Figures 2.1 and 2.2a show the components of a bridge crossing: (1) superstructure, (2) piers, (3) abutments, (4) footing, (5) embankments, (6) flood-control dams, and (7) groynes. 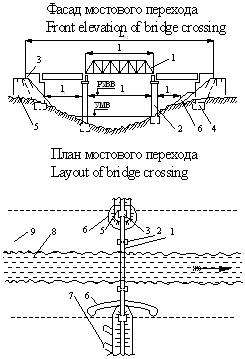 Figure 2.2 Bridge Crossing and its Components

Plain rivers have, as a rule, a clearly shaped riverbed (2.1 8), i.e. the place where a river flows at the lowest level. During the high-water period, rivers overflow their banks (2.1 9). It may be dangerous to the embankments, therefore flood-control dams and groynes distribute, regulate and direct water flow and protect embankments and bridge foundations from scouring. Local relief and water levels determine the areas of floodplains.

Structurally superstructures consist of beams, girders, arches or trusses. Bearings are located between spans and piers to compensate span deformation caused by the movements due to daily temperature changes, wind pressure, and deflections by the loading. Bearings permit the superstructure the necessary movements while transmitting the varying loads by traffic to the piers and abutments without developing overstresses.

The bridge substructure is the portion of the bridge that supports the superstructure. It includes abutments, piers and footings (2.3 3) which distribute and transfer all bridge loads to the ground. Bearing devices that support the superstructure rest upon the bases, known as seats. Structurally the caps of abutments, piers, and bents provide these seats. Abutments and piers resist the vertical and horizontal forces of spans, ice and wind. Vertical and slanted columns carry these loads onto their footings (2.3 3). Footings resist the loads from the piers and distribute them into the foundation bed.

Bridge engineers have to give careful thought to the dead weight, loads from the rolling stock and pedestrians as well as wind force, ice, impact of passing ships, breaking force, temperature differences and seismic activity for providing strength, rigidity and stability against those potentially destructive forces.

Bridge crossings must provide an unobstructed space between piers for navigation. It is called clear headroom or bridge clearance (2.3 5; 2.2b). The distance from the high-water mark to the bridge underside determines the river’s navigation class. Navigation Regulations subdivide rivers into seven navigational classes. The largest rivers belong to the first class and require the clear headroom of 140 m wide and 17 m high.

The most important bridge characteristic is the span (2.3 6), i.e. the space between the bearings of the adjacent piers. The suspension bridge across the Humber River in Great Britain set the world record. Its main record-setting span is 1,410 m, and its total length is 2,200 m. The towers rise 152 m above their supporting piers, and the bridge carries a four-lane motor road and pedestrian walkways. Completed in July 1981, the bridge stimulated industrial and commercial development in that remote area.

No doubt, that bridge crossings connecting two separated areas positively influence both of them, but people are often worried about the impact of the bridge on the local ecosystem and the wildlife during the construction period and further exploitation. One of the main concerns of bridge designers must be the environmental protectionbecause vehicles produce grease, oil and other pollutants that deposit on the bridge deck. Eventually these pollutants find their way into the surrounding soil and water.