The kidneys are dark-red, bean-shaped organs. One side of the kidney buiges outward (convex) ana the other side is indented (concave). There is a cavity attached to the indented side of the kidney, called the renal peivis, which extends into the ureter. 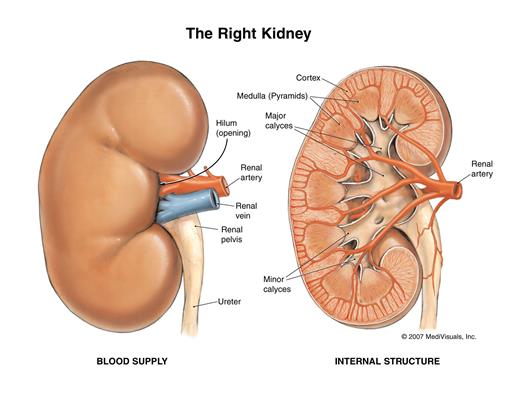