There are two final, extreme Storage Spaces configurations, both of which involve using three disks with either mirroring or parity. In a three‑way mirrored configuration, Storage Spaces works just like two‑way mirroring, except, of course, that your data is replicated on three physical disks. With parity, again, additional redundancy information is written to each disk, which could help with recovery in the event of a hard drive failure.

Creating either configuration works much as before, however, this time you will need three additional disks. After selecting each in the Create a Storage Pool window, you’ll be presented with the screen in which you provide a name, drive letter, resiliency type, and logical size for the first space in the pool, as shown in Figure 11‑11. 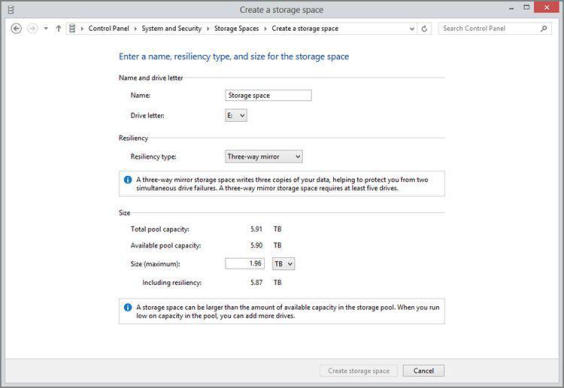 In a three‑way mirror, the total storage pool capacity is of the total capacity of the three drives added together, so in this example, with two 3 TB disks and one 512 GB disk, it’s roughly 6 TB. But a parity configuration, shown in Figure 11‑12, is a bit different.

Here, the total storage pool capacity is again roughly 6 TB, but the maximum pool capacity usage is different than that of a three‑way mirror configuration because of the way parity works.

Figure 11‑12: Using parity eats up a bit more space but is more resilient. 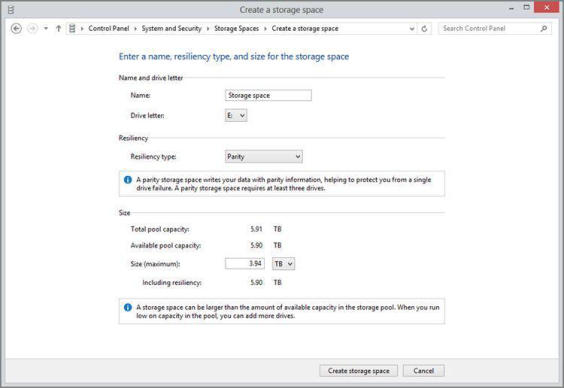