FOREIGN LANGUAGES IN THE LIFE OF A MODERN MAN 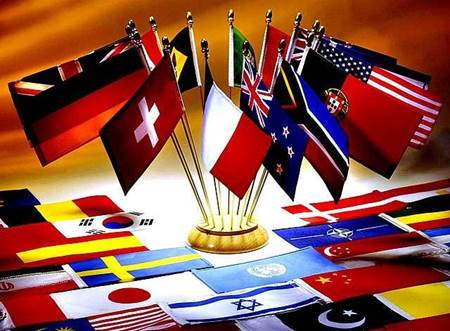 The great German poet Goethe once said, "He, who knows no foreign language, does not know his own one". Learning foreign language is especially important nowadays. Some people learn languages because they need them in their work, others travel abroad, for the third studying languages is a hobby.

Every year thousands of people from Russia go to different countries as tourists or to work. They can`t go without knowing the language of the country they are going to. A modern specialist cannot work with an imported instrument or a machine if he is not able to read the instruction how to do that.

Of the 2700 languages spoken in the world today, only English is a truly global language. It has become the language of the planet. English has an official or a special status in 75 countries with a total population of over 2 billion.

English is the language of computer technology, media and Internet. It is the dominant language or in some instances even the required international language of communications, science, diplomacy, aviation, entertainment, radio and business. In Europe, where there are as many different languages as there are countries, nearly half of all business deals are conducted in English.

English is the language of sports and glamour. It is the official language of the Olympics and the Miss Universe competition. Finally, five of the largest broadcasting companies in the world (CBS, NBC, ABC, BBC and CBC) transmit in English to audiences that exceed one hundred million people.

A scientist, a historian, a diplomat are, as a rule, polyglots, because they need foreign languages in their work. Stewardesses, pilots, air traffic control officers must learn English because it is the language of international communication.

So a modern and a cultured person must learn foreign languages.

2. Why do people learn foreign languages?

3. Whom do we call polyglots?

4. What is the language of international communication?

5. English is the dominant language, isn`t it?

6. Why are a half of all business deals in Europe conducted in English?

7. English is the language of sports and glamour, isn`t it?

8. What are the largest broadcasting companies which transmit in English?

9. Representatives of what professions need the knowledge of foreign languages in their work?

10. A modern and a cultural person must know foreign languages, doesn`t he?

Dialogue: At the Doctor's

- What is the trouble with you?

- How long are you feeling this way?

- I've been ill since Monday.

- And you are coughing a lot, aren't you?

- Have you taken your temperature?

- Yes, I had taken my temperature before I left home. It was normal.

- Have you a headache or a sore throat?

- Have you taken anything for your headache?

- Well, I'll examine you. It is not an ordinary cold. You have flu. I'll give you two prescriptions which you must take to the chemist's. If you follow my instructions you will feel better in a few days.