Every year 1.5 million people worldwide are diagnosed with schizophrenia. It is a mental illness which has periods called 'psychotic episodes'. During a psychotic episode, a sufferer shows disturbing changes in behaviour. They may seem very cold and unemotional, using few facial expressions, and say strange things in a slow, flat voice. They may lose all interest in life and spend days doing nothing at all, not even washing or eating. These distressing symptoms are shocking for family members who, of course, remember what the sufferer was like before the onset of the illness. 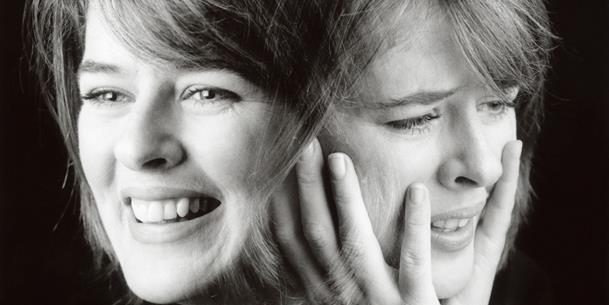 During a psychotic episode there may be hallucinations. Hearing voices that other people do not hear is the most common type of hallucination. The voices give orders and carry on conversations. Sometimes the voices swear and make threats.

Someone with schizophrenia may have delusions, believing for example that they are a famous, historically important person, or that people on television send them special messages.

People with schizophrenia may not think logically. They are isolated because conversation with them is very difficult, so they have no one to communicate with.

It is relatively common for schizophrenia sufferers to commit suicide - 10 per cent of people with schizophrenia (especially younger adult males) kill themselves. Violence and threats against others, on the other hand, are not symptoms of the illness.

There is medication that can reduce the symptoms, but it often has bad side effects, and some sufferers discontinue treatment because of this. Although many sufferers can continue to lead a relatively normal life, it has been estimated that no more than one in five individuals recovers completely, and most will require long-term treatment.

We do not yet know the cause of schizophrenia. Researchers have looked at links with genes, with brain development, with infections before birth, and with traumatic life events.