That Was Then, This Is Now: How Setup Has Changed

With Windows 7 and previous Windows versions, Microsoft provided a monolithic installation application called Windows Setup that was custom‑tailored for managed businesses and PC makers but could also be used, in manual form, by end users. This same Setup application came with both the Full and Upgrade versions of Windows and provided a consistent interface between the two.

Those who purchase Windows 8 today in retail, boxed form will find that Setup–shown in Figure 2‑1–hasn’t changed much since Windows 7. The color scheme is a bit different, the out‑of‑box experience (OOBE) steps / those that appear after Setup is complete and you have to enter some information about yourself and the PC) are now touch‑enabled and evolved, and the whole process is a bit shorter. But overall, things haven’t changed much. 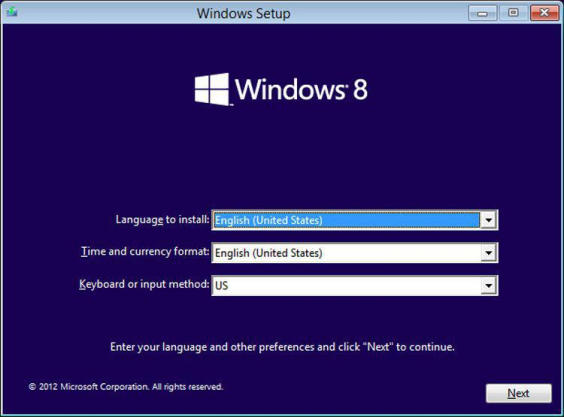 This is both good and bad.

For businesses and PC makers, it means that the tools and methods they use to blast Windows 8 images onto PCs will be familiar and efficient, and not require training. This, after all, is what Windows Setup was really made for anyway.

But for end users, this old‑fashioned setup routine is incomplete and inefficient. It doesn’t include vital and important tools such as the Upgrade Advisor, which provides you with a compatibility report for your hardware and software before you install Windows, or Windows Easy Transfer, which makes upgrades and migrations of data possible. Furthermore, Setup won’t work well electronically, so those who hope to install or upgrade to Windows 8 over the Internet would need to first download the massive Windows installer file set–roughly 3.5 to 5 GB, depending on the version, then burn it to disc or copy to a specially made, bootable USB hard drive or flash drive. And then they would need to boot the computer with that device and go through the manual setup process.

Yes, you can do this if you really want to. But there’s a better way.

Those who wish to install Windows 8 the old‑fashioned way should consult Paul’s website, winsupersite.com, where the clean install and upgrade/migration scenarios are fully documented. But we provide some related information later in the chapter for those who are forced to continue using these methods.