Picking a PC or Device Type

With a few exceptions, the PC world has consisted of two major device types to date: the venerable desktop PC and the laptop. Sure, there were exceptions, like the poorly‑selling Tablet PCs that barely made a blip in the marketplace in the early 2000s, the successful but short‑lived and inexpensive netbooks, and so on. But for the past 20 years or more, we’ve pretty much had two choices: desktops and laptops.

With Windows 8, that’s changing. On the desktop side, all‑in‑one computers modeled on Apple’s successful iMac are becoming more and more popular, and out‑selling traditional tower PCs with detached monitors.

But portable computers, overall, are far more successful than any desktops, and with Windows 8 (and RT), an estimated 80 percent of new computers sold will be portable PCs and devices. And in addition to traditional laptops and the thin and light Ultrabooks, we’re seeing interesting new hybrid PCs–laptops where the screen can flip around to turn the device into a tablet–as well as slate‑like tablet devices similar to Apple’s iPad.

Here’s a rundown of PC and device types to consider.

For those who prefer or need the ultimate in expandability, PC makers still offer traditional desktop computers, which typically come in some form of tower configuration in which the guts of the computer–or what some erroneously describe as the CPU–are separated from the display, keyboard, mouse, and other external peripherals, including speakers, microphone and web camera, external drives, and more.

The advantage of a desktop computer is manifold, but the primary advantage is expandability: You can install multiple internal hard drives inside the PC’s case, as well as external expansion cards for USB, video capture, and the video card, among others. Desktop computers also tend to have more ports–especially of the USB variety–and can be easily expanded to accommodate more.

Desktop computers will remain the machine of choice for power users of all kinds, as well as those with high‑end needs, including graphic designers, CAD designers, hard‑core gamers, and others. Some desktop PCs are referred to as workstations, though that name is quickly losing favor. That said, PCs that utilize server‑class CPUs can be considered workstations.

A typical desktop PC is shown in Figure 1‑4.

Figure 1‑4: Traditional desktop PCs are less popular than they were 10 years ago, but they’re not going anywhere. 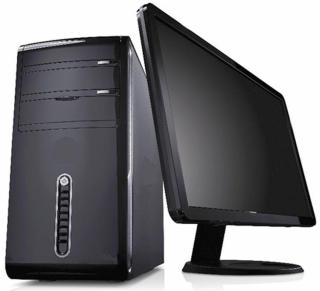 The vast majority of traditional desktop PCs are Intel‑compatible machines, not ARM‑based PCs. One exception is ultra‑small form factor PCs, which can be found in both configurations.

Thanks to Apple’s iMac, there’s been a resurgence in all‑in‑one computers, a special form of desktop PC in which almost all of the components–including the CPU and “guts,” the screen, the speakers, the microphone and web camera, and all of the ports–are found in a single, generally slim and attractive form factor. All that’s found separately from the box are the keyboard and mouse, and of course any additional external peripherals.

All‑in‑one computers, like the one shown in Figure 1‑5, are typically very attractive, with a sleek and modern design. 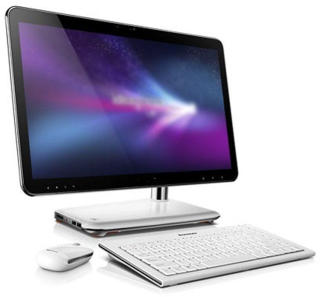 The venerable laptop computer survived a temporary wave of competition from low‑end netbooks. But with those toy‑like computers disappearing from the market, there’s a new more ideal option arriving in the form of Ultrabooks, thin and light laptop computers that generally cost under $1,000–often well under $1,000–and things don’t look good for traditional laptops (see Figure 1‑6). Suffice to say that laptops will of course continue in the market, and some high‑end models might be considered portable workstations. But the Ultrabook, described in the next section, will almost certainly take over this segment of the market during Windows 8’s lifetime.

Figure 1‑6: Traditional laptops are on the way out, but will still be common in businesses. 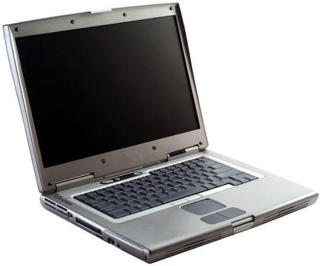 Most laptops and all portable workstations are Intel‑type designs, but you can find ARM‑based Windows RT laptops as well.

Although netbooks (Figure 1‑7) were all the rage when Windows 7 first shipped in 2009, this low‑cost alternative to the laptop has since fallen out of favor. And while Windows 8 is certainly capable of running rather well on the low‑end hardware that’s found in such machines–a 1 GHz Atom‑class processor and 2 GB of RAM–this version of Windows is not suited to netbooks very much at all.

There is a fix, as it turns out. We discuss this in Chapter 5, which deals with personalization.

The issue is the screen. Most netbooks ship with 1024×600 resolution screens, which is fine for the Windows desktop but below the 1024×768 minimum–and the recommended 1366×768–resolution needed for the Metro environment. This means that if you do install Windows 8 on a netbook class computer and try to run any Metro‑style app, even Windows Store, you’re going to get a full‑screen error message. It just won’t work. 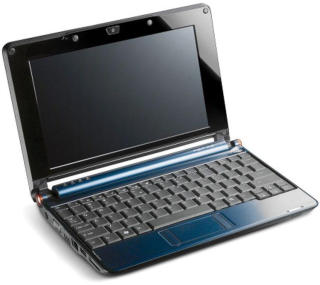 You won’t see Windows RT‑based netbooks. These machines have come and gone.

Most people understand the basic concept behind a laptop: It’s a portable computer with a clamshell case design in which the laptop lid can be closed over the keyboard for easy portability. An Ultrabook is simply a modern take on the laptop, but with some rules. First, Ultrabooks are much thinner and lighter than traditional laptops and are thus much easier to carry around. Second, Ultrabooks feature the latest Intel CPUs and chipsets, which are designed to perform well and offer excellent battery life. Third, Ultrabooks must obtain at least five hours of battery life, which is decent, though most offer more. And they must offer USB 3.0‑based connectivity (which we discuss later in the chapter).

A typical Ultrabook is shown in Figure 1‑8.

Figure 1‑8: Beauty and brains: Ultrabooks have it all. 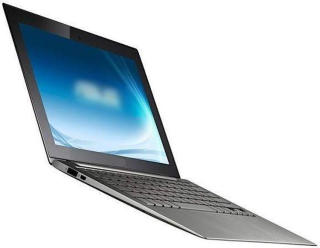 There’s a final, unofficial requirement of Ultrabooks, and it’s perhaps the best of them all. Ultrabooks generally cost less than $1,000, and many cost closer to $650. (On the flip side, some high‑end Ultrabooks cost almost as much as low‑end Mac laptops. Almost.)

Speaking of Macs, the Ultrabook design was clearly based on Apple’s trendsetting MacBook Air line. And not surprisingly, many of the first generation Ultrabooks–which appeared in the year before Windows 8’s release–looked an awful lot like the Apple entry, albeit it while costing hundreds of dollars less. You can expect more innovative and unique designs to appear in the coming years as PC makers become more familiar with this type of device.

Ultrabooks are available in both Intel‑compatible and ARM‑based designs, but the Intel underpinnings are far more common.

We assume most people have seen an iPad, and given that device’s popularity, it should come as no surprise that Microsoft and its PC maker partners have raced to create both an operating system, Windows 8/RT, and a wide variety of multi‑touch‑based tablet devices that can blow the iPad’s doors off.

The nice thing about Windows 8/RT‑based tablets is the variety. You have numerous machines to choose from, on both the Intel‑compatible and ARM sides of the fence, and they come in a variety of sizes, with screens that range from 7 inches on up. A standard slate‑style tablet can be seen in Figure 1‑9.

Figure 1‑9: The looks of an iPad but the power of a PC 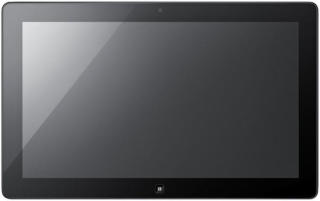 Tablets are also not limited by their form factor. Many can be docked and easily expanded with an external screen, keyboard, mouse, and other peripherals, becoming, in effect, a full‑fledged PC in the process. In this usage scenario, a tablet can work much like an iPad while you’re out and about, accessed solely through its multi‑touch capabilities. But when you get home–or to work–and dock the device, you have a real PC (Figure 1‑10).

Figure 1‑10: A docked tablet can function as a desktop computer by adding a keyboard and mouse. 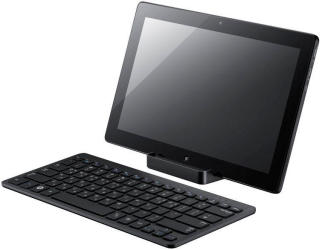 The tablet market is pretty evenly split between ARM‑ and Intel‑compatible designs, and many of both types are available. This is the one type of PC where ARM‑based products may eventually outsell the entrenched Intel juggernaut. In fact, Microsoft is betting pretty heavily on this market and is releasing its own Windows RT‑based tablet device, called Surface, and a Windows 8‑based tablet PC, called Surface Pro. Both look almost identical, and resemble the device shown in Figure 1‑11. But the Intel‑based PC version is more powerful and a bit thicker and heavier. 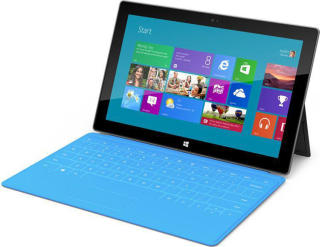 Ultrabooks are obviously a huge improvement over traditional laptops but they suffer a bit when compared to tablets in certain situations. For example, Ultrabooks aren’t as personal as tablets and aren’t as easily used in casual situations, such as when you are sitting in bed. Fortunately, PC makers have created a range of hybrid devices that bridge this gap, offering the best of both product lines.

The most basic of such hybrid PCs dates back to Microsoft’s first foray into Tablet PC computing in the early 2000s. This type of machine, called a convertible laptop, is essentially a laptop or Ultrabook computer in which the screen is permanently attached on a swivel. So you can use a convertible laptop like a regular laptop or Ultrabook, or you can flip the screen around and lock it over the keyboard, creating a somewhat thick tablet device in the process.

A convertible laptop like the one shown in Figure 1‑12 is ideal for those who usually need a full‑fledged laptop but would occasionally like to use the device in tablet mode.

Figure 1‑12: A hybrid laptop lets you use the machine as a laptop or a tablet. 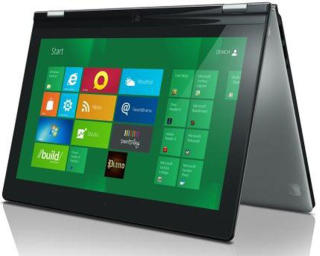 Slate hybrids are essentially tablets that can accommodate a clip‑on keyboard base, sometimes with an extra battery under the keyboard to provide better off‑power run time. This design essentially reverses the convertible laptop usage pattern and is best used by those who will use the PC in tablet mode primarily but sometimes need to type as well.

You will find both Intel‑compatible and ARM‑based hybrid PCs of all kinds.