If you’re one of the 1.3 billion active Windows users at the time of this writing, then you’re using an Intel‑ or Intel‑compatible PC running on what’s arcanely described as an x86/x64 chipset.

Without getting too deep into the history of this nomenclature, it dates back to the original IBM PC, which featured an Intel processor, an early entry in the so‑called x86 family of microprocessors. (More recent versions include the 80386, or 386, the 486, and the Pentium, which was originally called the 586.) Put simply, the x86 moniker describes two things: Intel compatibility (since both Intel and various copycats make the chips) and a 32‑bit instruction set, which means, among other things, that these chips typically address up to 4 GB of RAM.

The x64 chipset, meanwhile, is a 64‑bit variant of the x86 family of chipsets. Put simply, x64 is x86 on steroids: It is 100 percent compatible with x86 software, including Windows and its applications, but provides support for an astonishing amount of RAM: up to 256 TB (yes, terabytes).

Somewhat embarrassingly (to Intel), x64 was invented by Intel competitor AMD, but once it was embraced by Microsoft for use in Windows, Intel had to jump aboard, too. So when we refer to x86/x64 chipsets, we’re referring to those that power all of the PCs made before late 2012: traditional, Intel‑compatible, 32‑bit or 64‑bit microprocessors and supporting chips.

If your PC came with Windows 7 preinstalled, then it’s likely that it’s utilizing a 64‑bit, x64 chipset. Many such PCs come with 6 GB or even 8 GB of RAM, since one of the big advantages of these chips over older x86 chips is that additional memory support.

Figure 1‑1: A modern Intel microprocessor carries a decades‑old legacy inside it. 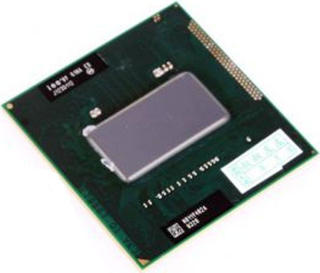 Most people vaguely understand that Intel‑compatible chips sit at the heart of PCs. But things are really changing with Windows 8. Starting with this release, you can now also purchase PCs and tablets that are based on a competing and incompatible chipset called ARM (advanced RISC machine).

ARM is a different animal altogether. First, no one company makes ARM chips. Instead, the ARM platform is controlled by a company called ARM Holdings that licenses the technology for the chipsets to other companies; so unlike Intel and AMD, ARM Holdings doesn’t manufacture its own chips.

The companies that do manufacture ARM chips–such as NVIDIA, Qualcomm, Texas Instruments, and others–are free to make their own changes to the design. So while ARM‑based chipsets are broadly compatible with each other, they’re not compatible in the way that x86/x64 designs from both Intel and AMD are compatible.

As 32‑bit designs, ARM systems can only utilize 4 GB of RAM. This isn’t a huge issue for most users, but could be limiting for power users.

ARM chipsets are 32‑bit designs, not 64‑bit, but they run much more efficiently than x86/x64 chips. So they consume less power, with resulting devices normally providing fantastic battery life, especially when compared to traditional PCs. ARM designs are so efficient that they can be used in devices as small as phones. In fact, Windows Phone handsets are based on ARM chipsets. A typical ARM chipset is shown in Figure 1‑2.

Figure 1‑2: ARM designs are integrated into what is called system on a chip, or SoC. 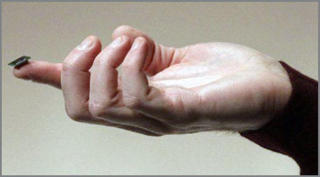 Microsoft’s decision to port Windows to the ARM architecture was made for one reason, primarily: The company wanted its flagship product to run well on thin and light tablets and other devices. And while Intel‑compatible chipsets provide amazing performance and good battery life on a wide range of device types, only ARM provides them with the ability to compete, point by point, with devices as thin and light and power efficient as the iPad. A representative ARM tablet is shown in Figure 1‑3.

To be clear, we are referring to legacy desktop applications here. Most Metro‑style apps will run identically on both ARM and Intel‑based PCs and devices. 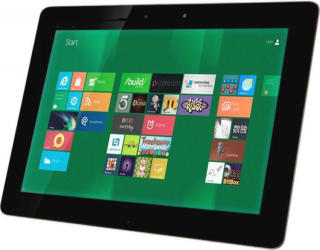 Of course, the Windows 8 version for ARM, called Windows RT, also comes with compromises. ARM chipsets are not compatible with Intel‑compatible chipsets, so the amazing array of Windows‑compatible application software that we all take for granted on the PC side will not run on ARM‑based Windows devices.

Likewise, you can’t upgrade a traditional PC running Windows 7 to Windows RT. Instead, the system is made available only on new PCs and devices running a compatible ARM chipset.

Because of the differences in various ARM‑based platforms, the Windows RT machines you see on the market are actually slightly different from each other under the hood, and Microsoft and its partners essentially have to custom‑craft the OS and applications for each device. For this reason, Windows RT devices are sold almost like appliances, and there’s a tight integration between the device and its software.

And as noted earlier in the chapter, some Windows 8 features simply aren’t available on Windows RT. These include individual applications such as Windows Media Player and Windows Media Center, as well as lower‑level features such as Storage Spaces and BitLocker. (Windows RT overcomes the latter limitation with its own, unique full‑device encryption functionality, however.)

So, which one do you choose?

In many ways, the decision comes down to need. A Windows RT device–like a tablet–will generally provide better battery life than an equivalent Intel‑compatible device and come in a thinner and lighter form factor. Both can be turned into “full PCs” using a docking station and attached keyboard, mouse, screen, and other peripherals. Both can run virtually all Metro‑style apps, but only the Intel‑compatible machine will be capable of running legacy software designed for Windows.

Perhaps the best way to decide from a form factor/architecture perspective is to ask yourself a few simple questions, the first few of which will be aimed at seeing whether you can remove ARM/Windows RT from the equation.