Chemistry is a branch of science that studies the composition and properties of matter and the changes it undergoes. Chemistry is far more than a collection of facts and a body of knowledge. It’s all about matter, which is anything that has mass and occupies space.

Chemistry is sometimes called "the central science" because it bridges other natural sciences like physics, geology and biology with each other.

The etymology of the word “chemistry” has been much disputed. The origin of chemistry can be traced to certain practices, known as alchemy, which had been practiced for several millennia in various parts of the world, particularly the Middle East.

The word chemistry comes from the word alchemy, an earlier set of practices that encompassed elements of chemistry, metallurgy, philosophy, astrology, astronomy, mysticism and medicine; it is commonly thought of as the quest to turn lead or another common starting material into gold. Alchemy, which was practiced around 330, is the study of the composition of waters, movement, growth, embodying, disembodying, drawing the spirits from bodies and bonding the spirits within bodies (Zosimos). An alchemist was called a 'chemist' in popular speech, and later the suffix "-ry" was added to this to describe the art of the chemist as "chemistry".

In retrospect, the definition of chemistry has changed over time, as new discoveries and theories add to the functionality of the science. The term "chymistry", in the view of noted scientist Robert Boyle in 1661, meant the subject of the material principles of mixed bodies. In 1663, "chymistry" meant a scientific art, by which one learns to dissolve bodies, and draw from them the different substances on their composition, and how to unite them again, and exalt them to a higher perfection - this definition was used by chemist Christopher Glaser.

The 1730 definition of the word "chemistry", as used by Georg Ernst Stahl, meant the art of resolving mixed, compound, or aggregate bodies into their principles; and of composing such bodies from those principles. In 1837, Jean-Baptiste Dumas considered the word "chemistry" to refer to the science concerned with the laws and effects of molecular forces. This definition further evolved until, in 1947, it came to mean the science of substances: their structure, their properties, and the reactions that change them into other substances - a characterization accepted by Linus Pauling. More recently, in 1998, the definition of "chemistry" was broadened to mean the study of matter and the changes it undergoes, as phrased by Professor Raymond Chang.

The general field of chemistry is so huge that it was originally subdivided into a number of major sub-disciplines. But there’s now a tremendous amount of overlap between the different areas of chemistry, just as there is among the various sciences.

Here are the traditional branches of chemistry:

• Biochemistryis the study of the chemicals, chemical reactions and chemical interactions that take place in living organisms. Biochemistry and organic chemistry are closely related, as in medicinal chemistry or neurochemistry. Biochemistry is also associated with molecular biology and genetics. 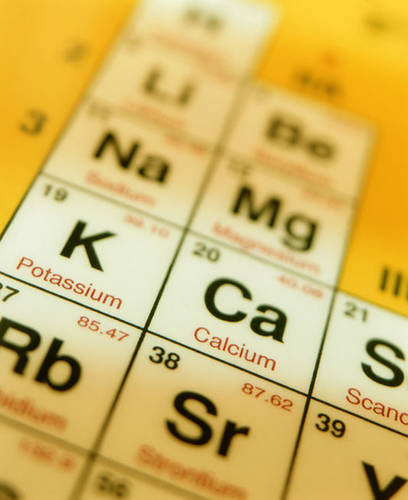 • Inorganic chemistry is the study of the properties and reactions of inorganic compounds. The distinction between organic and inorganic disciplines is not absolute and there is much overlap, most importantly in the sub-discipline of organometallic chemistry.

• Organic chemistryis the study of the structure, properties, composition, mechanisms, and reactions of organic compounds. An organic compound is defined as any compound based on a carbon skeleton.

• Physical chemistry is the study of the physical and fundamental basis of chemical systems and processes. In particular, the energetics and dynamics of such systems and processes are of interest to physical chemists. Important areas of study include chemical thermodynamics, chemical kinetics, electrochemistry, statistical mechanics, spectroscopy, and more recently, astrochemistry.

• Environmental chemistry is the study of the sources, reactions, transport, effects, and fates of chemical species in the air, soil, and water environments; and the effect of human activity and biological activity on these.

Many more specialized disciplines have emerged in recent years, e.g. neurochemistry, the chemical study of the nervous system.