Analytical chemistry is the analysis of material samples to gain an understanding of their chemical composition and structure. It has wide range of application from routine quality control in industrial settings to cutting edge of chemical research in developing new compounds. Monitoring pollution in the environment, development of new materials, drug manufacture, and even forensic science all make use of techniques and methods developed in analytical chemistry.

Analytical chemistry can be split into two main types, qualitative and quantitative:

a) Qualitative inorganic analysis seeks to establish the presence of a given element or inorganic compound in a sample.

b) Qualitative organic analysis seeks to establish the presence of a given functional group or organic compound in a sample.

c) Quantitative analysis seeks to establish the amount of a given element or compound in a sample. 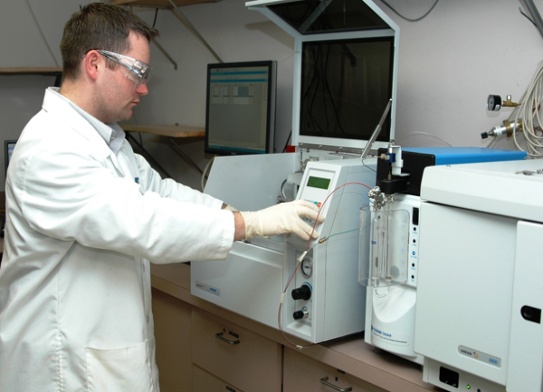 Most modern analytical chemistry is quantitative. Quantitative analysis can be further split into different areas of study. The material can be analyzed for the amount of an element or for the amount of an element in a specific chemical species. The latter is of particular interest in biological systems; the molecules of life contain carbon, hydrogen, oxygen, nitrogen, and others, in many complex structures.

There is a bewildering array of techniques available to separate, detect and measure chemical compounds.

· Separation of chemicals in order to measure the weight or volume of a final product. This is an older process and can be quite painstaking, but is an essential first step when dealing with certain mixtures of substances, like extracts from organisms. Modern separation techniques such as high-performance liquid chromatography (HPLC) often seek to separate and determine amount or identity in a single automated analysis by integrating a detector.

· Titration is a technique used to determine amounts present in solution or a physical characteristic of a molecule such as an equilibrium constant.

· Analysis of substances with devices using spectroscopy. By measuring the absorption or emission of light by a substance we can calculate the amounts of species or characterize the chemical species, often without separation. Newer methods include infra-red spectroscopy (IR), atomic absorption spectroscopy (AAS), nuclear magnetic resonance (NMR) and neutron activation analysis (NAA).

· Mass spectrometry is used to determine the molecular mass, the elemental composition, structure and sometimes amount of chemical species in a sample by ionizing the analyte molecules and observing their behavior in electric and magnetic fields.

· Many techniques combine two or more analytical methods (sometimes called "hyphenated" methods). Examples of this include ICP-MS (Inductively-Coupled Plasma - Mass Spectrometry), where volatilization of a sample occurs in the first step, and measuring of the concentration occurs in the second. The first step may also involve a separation technique, such as chromatography, and the second a detection / measuring device.

Many practitioners will keep all their glassware in acid to prevent contamination, samples will be re-run many times over, and equipment will be washed in specially pure solvents.

A standard method for analysis of concentration involves the creation of a calibration curve. 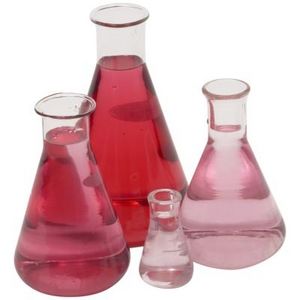 A lot of effort is put in shrinking the analysis techniques to chip size. Although there are few examples of such systems competitive with traditional analysis techniques, potential advantages include size/portability, speed, and cost (Total Analysis System or lab on a chip).

Much effort is also put into analyzing biological systems. Examples of rapidly expanding fields in this area are:

· Proteomics - the analysis of protein concentrations and modifications, especially in response to various stressors, at various developmental stages, or in various parts of the body.

· Metabolomics - similar to proteomics, but dealing with metabolites.

· Metalomics - similar to proteomics and metabolomics, but dealing with metal concentrations and especially with their binding to proteins and other molecules.

For acid-base titrations, a pHindicatoror pH meter is used in order to determine whether neutralization has been reached and titration is complete. The information obtained from the process of titration can then be inserted into the equation, MiVi=MfVf, to determine the concentration of the unknown solution. Mi and Mf are the initial and final molarities, and Vi and Vf are the initial and final volumes.

4. The end pointof a titration indicates once the equivalence point has been reached. It is indicated by some form of indicator which varies depending on what type of titration being done. For example, if a color indicator is used, the solution will change color when the titration is at its end point.

For example, when a color indicator is being used:

To clear confusion, the endpoint and equivalence point are not necessarily equal,

but they do represent the same idea. An endpoint is indicated by some form of indicator at the end of a titration. An equivalence point is when the moles of a standard solution (titrant) equal the moles of a solution of unknown concentration (analyte).

The use of an indicator is a key in performing a successful titration reaction. The purpose of the indicator is to show when enough standard solution has been added to fully react with the unknown concentration. However, an indicator should only be added when necessary and is dependent upon the solution that is being titrated. Therefore, indicators must only be added to the solution of unknown concentration when no visible reaction will occur. Depending on the solution being titrated, the choice of indicator can become a key for the success of the titration.

Organic chemistry is a chemistry subdiscipline involving the scientific study of the structure, properties, and reactions of organic compounds and organic materials, i.e., matter in its various forms that contain carbon atoms. Study of structure includes using spectroscopy and other physical and chemical methods to determine the chemical composition and constitution of organic compounds and materials. Study of properties includes both physical properties and chemical properties, and uses similar methods as well as methods to evaluate chemical reactivity, with the aim to understand the behavior of the organic matter in its pure form (when possible), but also in solutions, mixtures, and fabricated forms. The study of organic reactions includes both their preparation—by synthesis or by other means—as well as their subsequent reactivities, both in the laboratory and via theoretical (in silico) study.

Synthetic organic chemistry is an applied science as it borders engineering, the "design, analysis, and/or construction of works for practical purposes". Organic synthesis of a novel compound is a problem solving task, where a synthesis is designed for a target molecule by selecting optimal reactions from optimal starting materials. Complex compounds can have tens of reaction steps that sequentially build the desired molecule. The synthesis proceeds by utilizing the reactivity of the functional groups in the molecule. For example, a carbonyl compound can be used as a nucleophile by converting it into an enolate, or as an electrophile; the combination of the two is called the aldol reaction. Designing practically useful syntheses always requires conducting the actual synthesis in the laboratory. The scientific practice of creating novel synthetic routes for complex molecules is called total synthesis.

Strategies to design a synthesis include retrosynthesis, popularized by E. J. Corey, starts with the target molecule and splices it to pieces according to known reactions. The pieces, or the proposed precursors, receive the same treatment, until available and ideally inexpensive starting materials are reached. Then, the retrosynthesis is written in the opposite direction to give the synthesis. A "synthetic tree" can be constructed, because each compound and also each precursor has multiple syntheses. 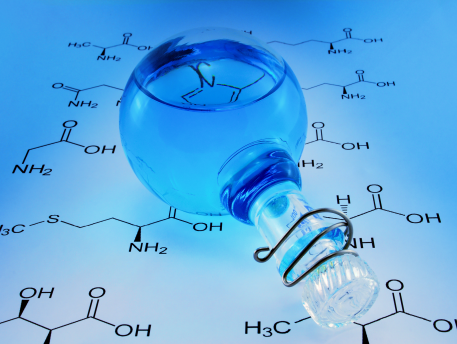 Organic reactions are chemical reactions involving organic compounds. Many of these reactions are associated with functional groups. The general theory of these reactions involves careful analysis of such properties as the electron affinity of key atoms, bond strengths and steric hindrance. These factors can determine the relative stability of short-lived reactive intermediates, which usually directly determine the path of the reaction.

where X is some functional group and Nu is a nucleophile.

The number of possible organic reactions is basically infinite. However, certain general patterns are observed that can be used to describe many common or useful reactions. Each reaction has a stepwise reaction mechanism that explains how it happens in sequence—although the detailed description of steps is not always clear from a list of reactants alone.

The stepwise course of any given reaction mechanism can be represented using arrow pushing techniques in which curved arrows are used to track the movement of electrons as starting materials transition through intermediates to final products.