Computer memory is a physical electronic device that is used to store data and applications on a temporary or a permanent basis. It enables a person to retain the information stored on the computer. There are various types of computer memory that can be installed, depending upon the actual need for functioning and specifications of the system.

Computer memory can be classified into two types: Primary Memory (or Main Memory) and Secondary Memory. 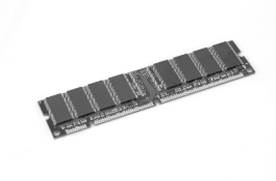 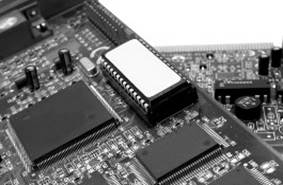 RAM is a memory scheme within the computer system responsible for storing data on a temporary basis, so that it can be promptly accessed by the processor as and when needed. Data will be erased when the storage device is turned off. RAM stores data randomly and the processor accesses these data randomly from the RAM storage. The information stored in the RAM is typically loaded from the computer's hard disk, and includes data related to the operating system and certain applications. When the system is switched off, the RAM loses all stored information. The data remains stored on secondary storage though, and can be retained when the system is running again. Most modern computers use an embedded RAM circuitry on the motherboard which reads data in bursts. So, modern RAM devices are not random memory devices as such; they are burst memory access devices, but the term RAM has stuck in everyday usage.

Unlike RAM, ROM is a permanent form of storage. ROM stays active regardless of whether power supply to it is turned on or off. The ROM memory used in modern computers is pre-programmed by the circuit manufacturer and cannot be altered by the user.

Secondary memory is available on mass storage devices for permanent data storage. Data stored on a secondary device is retained even when it is not supplied any power. This data can be transported in most cases, and looks and appears the same on any machine, irrespective of where the data was first copied onto the secondary storage device.