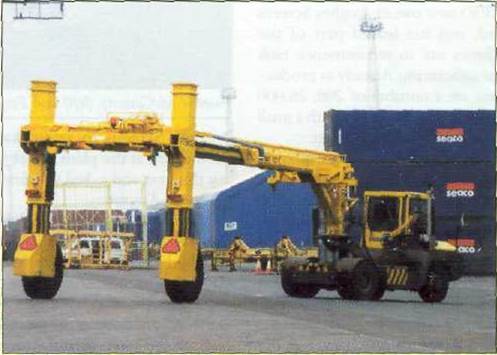 Sweden-based CCHAB has secured an order for two of its Contlift design container movers from its Belgian distributor Catracom, based in Antwerp, which has proposed this solution as an alternative to more expensive forms of container transport and handling. One will be used in an aluminium factory while the other will be deployed at a chemical plant and in both cases they will be towed by terminal tractors from Terberg, which Catracom also represents in Belgium.

The picture shows a Contlift mover with a Terberg tractor at the Port of Tilbury’s Finnforest terminal in London. Other customers for CCH Contlifts in the past include Aarhus Stevedoring Company in Denmark and Bristol Port Company in England