The normal arterial blood pressure in the human being is so variable, that it is very difficult to lay down criteria defining when hypertension, or high blood pressure, is pre­sent. The difficulty is important when hypertension may exist without exhibiting symptoms. The blood pressure ab­normality is discovered only incidentally during a routine examination performed for military, life insurance, or other periodic physical evaluation. Usually when the blood pres­sure is higher than 140 mm Hg systolic and/or 90 mm Hg diastolic it is considered elevated and abnormal. With a rise in blood pressure, life span may be reduced. Therefore, hy­pertension should be evaluated fully and, when appropriate, treated.

Several factors, although not directly involved, may inf­luence the onset and development of hypertension. 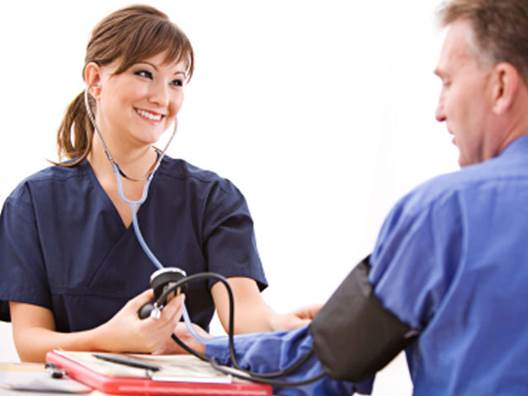 Profession. Occupation does not play a significant role in the etiology of hypertension. The reaction of the individual to his environment can greatly affect his vascular system, even more than the specific physical or intellectual demands of the individual's job. For example, the executive who has the ability to face major decisions without getting upset may be able to tolerate the vascular effects of stress much better than the person who becomes frustrated by his endless and inconclusive work.

Among hypertensive patients, many are conscientious and perfectionistic, exhibiting high ideals, a strong devo­tion to duty, and honesty: people who are always dissatis­fied with their achievements and are often highly sensitive to criticism.

Age. Hypertension of unknown etiology is less frequent before age 30 and after age 55. Hypertension beginning in the older age group is more likely to be systolic in type and associated with loss of elasticity of the aorta and its main branches.

Race and Sex. Both sex and race seem to play a role in the incidence and severity of hypertensive vascular disease.

American Negroes have a greater incidence of hyperten­sion. It is because the Negro is trained by experience from earliest childhood in the suppression of aggression.

Heredity. An individual, by reason of inherited traits for hypertension including race and sex, would manifest early in life greater rises in blood pressure in response to environmental stimuli than his counterpart born without these genetic traits.

Exercise. Hypertension may be less frequent and occur at later ages in those who have been more physically active.

Altitude. Hypertension is less common in those persons who live at high altitudes.