With increased interest in the educational role of museums, learning in museums and its measurement have_____important questions. The most frequently used measures in museums ______attracting power and holding power; but measures used by educators are of time on task, knowledge gained, thinking and problem solving skills, motivation or attitudes, and creativity. The objective of this study was to delineate and to evaluate measures of learning applicable to museum experience. Different kinds of museums fine arts, natural history, science, and centers of interpretation promote different kinds of learning, but all pay attention to specific measures of learning: knowledge gain and thinking. Museums have always played an important role as repositories of knowledge or artifacts of knowledge, but in the 20th century they have increasingly become active disseminators of knowledge. Adoption of this active educational role has occurred in several phases. Fine arts museums, which most clearly epitomized the idea of the museum in the 19th century, moved from being quiet corners for connoisseurs through a period where visitors with the aid of museum docents viewed great works and learned their history, to the current phase, in which classes in the production of art as well____art history are regular museum activities. For example, the brochure of the National Gallery of Canada (1990) describes lectures, presentations, talks, tours, studio workshops and activities, and performances. Natural history museums at the middle of the 20th century were stocked with long cases in which sat rows of arrowheads, pottery, or jars of specimens. They have become halls where displays beckon, narrative is woven by a push-button audiotape, computers answer questions, and schoolchildren dart by, questionnaires in hand, in search of the next clue in their treasure hunt or rally. Science museums, most of which date from the 1960s in North America, expressly provide education in science (Fowles, 1986). Recently, park museums and centers of interpretation have gained attention as places that invite the public to participate in a particular milieu or phenomenon, most often social or ecological (Rivard, 1985). In these different kinds of museums, very different kinds of learning could be expected, not only in terms of content but also in terms of how people think or what people are able to do after their museum experience. The first kind of study is of the demographic characteristics of museum visitors and why they visit the museum; the second is of how museum visitors behave, particularly how they move in the museum. The third kind of research is on the effect of different variables on museum behavior: for example, the effects of guided tours compared with theme visits. Finally, there are evaluative studies of whether exhibits or programs meet their intended objectives. The first objective in this study is to delineate measures of learning aplicable to museum experience. The second objective is to examine studies that use these measures and the limitations in their use. Knowing what mesures of learning have been used will suggest the kinds of learning that can be expected in different kinds of museums.


THE COMMUNITY INTERPRETER: A QUESTION OF ROLE 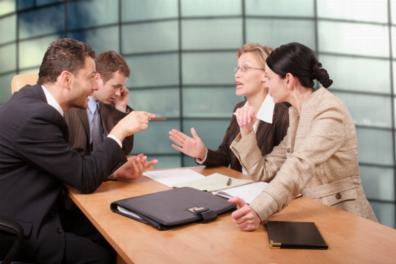 To sum up, therefore, a community interpreter typically works in an institutionalized setting. The speech event is essentially triadic, involving her and only two primary participants. Moreover, one primary participant is typically a professional – a police ofﬁcer, a lawyer, a doctor, a psychologist, a professor, a social worker, etc. – with a certain amount of power, while the other primary participant is typically a non-professional (and a member of a linguistic minority), who has only a small amount of power . Naturally, these and other contextual constraints, such as those mentioned earlier, are bound to exert considerable inﬂ hence on the way meanings are exchanged and negotiated. Consequently, bearing in mind the complexity of the community interpreting event, including the contextual constraints, and especially the fact that the event essentially involves three participants, one of whom is the interpreter, it is understandable that, as referred to above, studies have concentrated on role perceptions and expectations, since this topic is “inextricably linked” to deliberations of interpreters’ visibility and degree of active participation in the event. The topic has also traditionally been the subject of a great deal of controversy, however, especially in legal settings, and not only between users of interpreting services, on the one hand, and interpreting practitioners on the other, but also among interpreting practitioners themselves controversy further.

SIGN LANGUAGE INTERPRETERS: STEPPING OUT OF THE SHADOW OF INVISIBILITY

Historically, in an effort to minimize the potential for the sign language interpreter to step outside their role and take over a communication event, the field-at-large has encouraged practitioners to perform their duties in the least obtrusive ways possible even to the extreme of behaving as if they were invisible; merely a conduit for transmitting information from one language into another. Interpreters may assume they must be detached to be impartial and/or appear professional. Interpreters might instruct speakers to proceed, “as if I am not even here.” Unfortunately, such a restricted view of the role of an interpreter has proved fraught with misconceptions the presence of an interpreter in the midst of what would otherwise be a direct human interaction will always have inherent implications. There have been studies in the field of spoken and sign language interpreting that illustrates the degree to which interpreter presence impacts the outcome of communication events often in unexpected and unintended ways.

In reality, the view of sign language interpreters as merely conduits has always been faulty primarily because the interpreter must be physically and intellectually present in the interaction to be successful. The interpreter cannot behave as if invisible because there are clearly times when there is a need for the interpreter to manage the flow of communication and facilitate or seek clarification of messages, as well conduct more active interventions when appropriate. Further, facilitation of and access to communication is at the heart of interpreting and is dependent on forming rapport and relationship as part of the interpreting process.

Nevertheless, assumptions that perpetuate the interpreter behaving as if invisible still exist and are evident in the experience of the Deaf colleagues when confronted with an interpreter team who is detached and functioning as disengaged. We still have work to do in terms of stepping out of the shadow of invisibility focusing on how we establish our presence is just one opportunity.

Interpreter presence relates to the manner and conduct of a sign language interpreter in the midst of interaction with consumers. Ideally, this presence is evident in the quality of poise and effectiveness that enables the interpreter to achieve a productive and collaborative relationship with consumers. This quality is much like a spirit or a manner that is felt and received by consumers as genuine engagement, attentiveness, readiness, acceptance, respect. It is predicated on the desire to offer performance that facilitates a successful outcome where consumers are able to achieve their goals for the communication event. It should be evident in all phases of an interpreted assignment pre, during and post.

Interpreter presence involves the state of mind and level of attention a sign language interpreter brings to his or her work the state of being closely focused on the relationships and communication at hand, not distracted by irrelevant thoughts or external events. This clarity of thinking and attention to the task at hand is an important part of the interpreter’s ability to deliver accurate and meaning-based interpretation. Establishing presence is central to creating rapport and establishing trust with consumers.

To illustrate, consider the importance of establishing presence in the healthcare setting where a strong rapport between the healthcare professional, patient and sign language interpreter will enhance the amount and quality of information about the patient’s illness transferred in both directions. This can enhance the accuracy of diagnosis and increase the patient’s knowledge about the status of their health, thus leading to greater compliance with the proposed treatment plan. Where such a relationship is compromised because the interpreter fails to create a functional presence, the potential for misunderstanding and risk increase.

A large part of a sign language interpreter’s skill set is a keen situational awareness that is guided by ethical standards intended to protect consumers, the integrity of the profession, and allow the interpreting process to flow unobstructed.

This professional skill set blends with our personal image and influences how we conduct ourselves publically, even off the clock. Because we identify so strongly with the tangibility of our physical space, what we call “real life,” the consequences of our behavior and personal expression are easy to identify. As a result, we are more easily able to avoid potential conflict.

Unfortunately, the cognitive distance between our physical world and the virtual world combined with this lack of awareness of the impact of social networking expression creates an illusion that impairs a sign language interpreter’s situational awareness. This impairment leads to a distorted view and understanding of what is ethically acceptable online. Sadly, the result is a large number of interpreters who are unaware that some of their social networking activity is a breach of their professional ethics.

The Internet has created the ability for sign language interpreters and the sign language community to communicate and share information quickly and with millions of people easily. Participating in social networking and other similar Internet opportunities can support interpreter’s personal expression, enable individual interpreters to have a professional presence online, foster collegiality and camaraderie within the profession, provide opportunity to widely disseminate industry related information and community-centric messages and other valuable communication. Social networks, blogs, and other forms of communication online also pose new challenges to the relationship between interpreters and their consumers. Interpreters should weigh a number of considerations when maintaining a presence online:

Interpreters should be cognizant of the standards of consumer privacy and confidentiality that must be maintained in all environments, including online, and must refrain from posting identifiable assignment information online.

When using the Internet for social networking, interpreters should use privacy settings to safeguard personal information and content to the extent possible, but should realize that privacy settings are not absolute and that once on the Internet, content is likely there permanently. Thus, interpreters should routinely monitor their own Internet presence to ensure that their personal and professional information on their own sites and, to the extent possible, content posted about them by others, is accurate and appropriate.

3 If they interact with the D/deaf community on the Internet, interpreters must appropriately maintain the boundaries of the interpreter-consumer relationship in accordance with ethical guidelines within the CPC, just as they would in any other context.