The key overall concepts in analyzing output, inflation, growth and the role of policy are aggregate demand and aggregate supply.

The relationship between the price level and the quantity of goods supplied depends crucially on the time horizon under consideration. We need to consider two cases: the long run, when all prices are flexible, and the short run, when some prices are sticky. 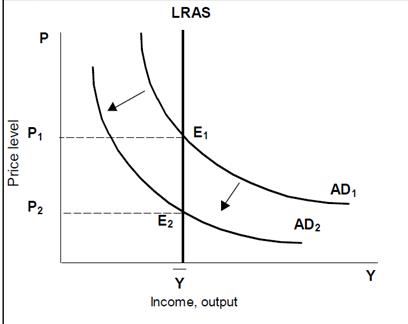 Since the classical modeldescribes how economy behaves in the long runwe derive the long run AS curve from the classical model. Classical economist supposed that market-oriented economy tended naturally to operate at a full-employment output level. They believed that prices and wages would always adjust quickly to clear markets and interest rate would always adjust to equate saving and investment. Changes in available stocks of capital or labour and technology improves shifts LRAS' curve.

By contrast, the Keynesian modeldescribes short runfluctuations. Keynesian analysis focuses on how the equilibrium level of total income, output and employment is determined in an economy that operates at less than full employment and where the price level is not fully flexible.

Shifts in the AD curve, such as from AD1 to AD2 cause total output and employment to change (Figure 2). The equilibrium for the economy moves from point E1 to point E2 declining the total output (or sales), but not the price level as in the classical model. 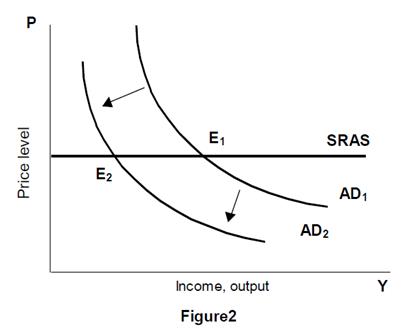 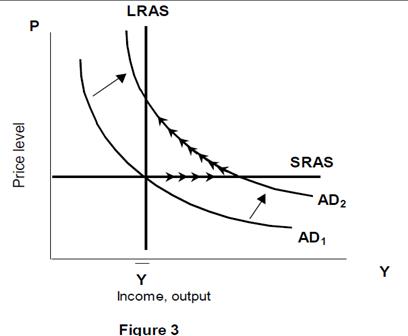 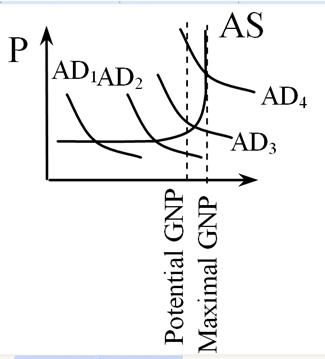