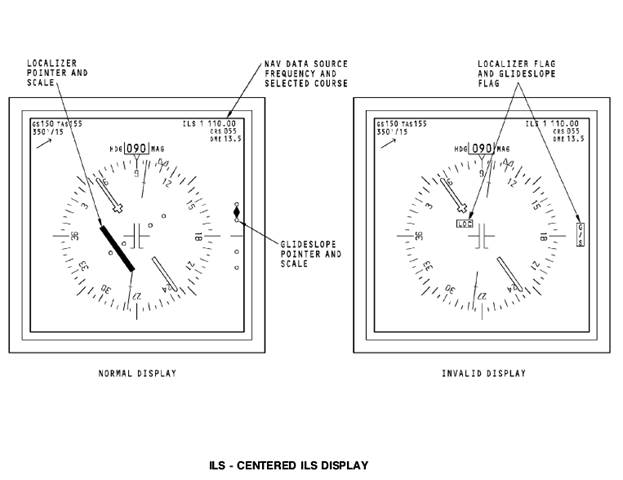 When you push the test switch, the MMR does a check of the internal operation and its interface with other airplane systems. The test takes approximately 36 seconds. This is the test sequence that shows on the LED status indicators during the test:

· 0 to 2 seconds - the LRU STATUS, the CONTROL FAIL, and the ANT FAIL LEDs come on red

The LRU STATUS segment shows red when there is an internal failure in the MMR. Green shows that the MMR is operating normally.

The CONTROL FAIL segment shows red when an interface to the MMR has a failure. Green shows that all the interfaces to the MMR are normal.

NOTE: The ANT FAIL LED is not used at this time. 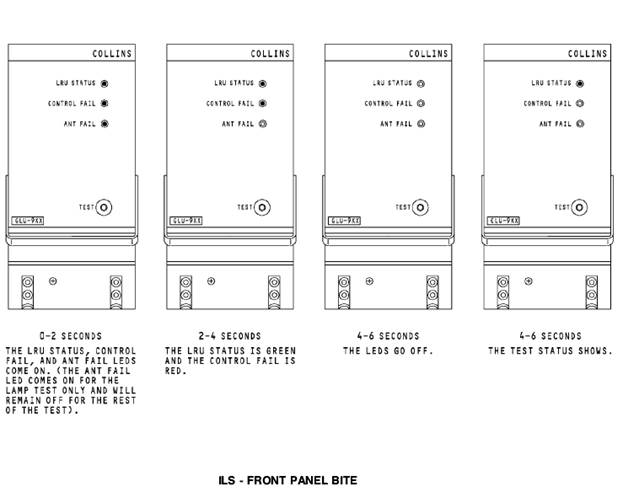