SOFTWARE PATENT AS A TYPE OF INFORMATIONAL SERVICE

Patent rights can potentially provide a variety of social benefits. Patents can provide incentives to invest in innovation, including investment in R&D.20 Patents can also facilitate contracting for trading in technology and for financing startup firms. Finally, the disclosure of technical knowledge in the patent specification can help spread knowledge.

Researchers have used different methods to estimate private patent value. Patents can also provide disincentives for investing in innovation and they can impose socialcosts. Some researchers have studied the role of “patent thickets”.46 When firms acquire large numbers of patents, they can restrict entry into an industry and they can use these patents to extract rents from other firms beyond the rents needed to encourage innovation. To the extent that startup firms are particularly important for innovation, patent thickets can reduce innovation by reducing entry. To the extent that patent thickets encourage firms to engage in socially unproductive business stealing activities, they can impose social costs.

Software patents play an important role in this litigation, accounting for nearly a quarter of the lawsuits by the end of the decade. Software patents played this enhanced role because these patents are much more likely to be litigated than other patents. For example, software patent decisions in district court are much more likely than other patents to be appealed over issues of claim construction. While software firms had to defend against somewhat fewer lawsuits during the 1990s than firms in manufacturing industries, the rate of their lawsuits was increasing more rapidly.

To summarize the literature, in the 1990s, the number of software patents granted grew rapidly, but these were acquired primarily by firms outside the software industry and perhaps for reasons other than to protect innovations. Relatively few software firms obtained patents in the 1990s and so, it seems that most software firms did not benefit from software patents. More recently, the majority of venture backed startups do seem to have obtained patents. The reasons for this, however, are not entirely clear and so it is hard to know whether these firms realized substantial positive incentives for investing in innovation from patents. On the other hand, software patents are distinctly implicated in the tripling of patent litigation since the early 1990s.

ARCHIVE. WHAT DOES IT MEAN?

An archive are a collection of historical records, or the physical place they are located. Archives contain primary source documents that have accumulated over the course of an individual or organization's lifetime, and are kept to show the function of that person or organization. As usually understood by professional archivists and historians, archives are records which have been naturally and necessarily generated as a product of regular legal, commercial, administrative or social activities – they have been defined as "the secretions of an organism" – rather than those which have been consciously written or created to communicate a particular message to posterity.

In general, archives consist of records that have been selected for permanent or long-term preservation on grounds of their enduring cultural, historical, or evidentiary value. Archival records are normally unpublished and almost always unique, unlike books or magazines for which many identical copies exist. This means that archives (the places) are quite distinct from libraries with regard to their functions and organization, although archival collections can often be found within library buildings.

When referring to historical records or the places they are kept, the plural form archives are chiefly used. The computing use of the term 'archive' should not be confused with the record-keeping meaning of the term. When records and archiving professionals use the term 'archive' they are referring to the permanent storage of records, not merely their removal from current usage. 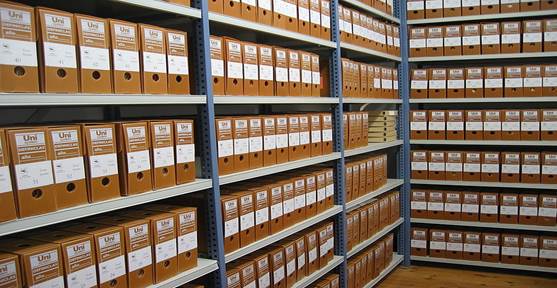 Archive were well developed by the ancient Chinese, the ancient Greeks, and ancient Romans (who called them Tabularia). However, they have been lost, since documents were written on organic materials like papyrus and paper. On the contrary, many archives founded since Middle Age by churches, kingdoms and cities survive and often have kept their official status uninterruptedly till now. They are the basic tool for historical research on these ages.

PUBLISHING. DOES WE NEED IT?

Publishing_____the process of production and dissemination of literature, music, or information — the activity of making information available to general public. In some cases, authors may be their own publishers, meaning: originators and developers of content also provide media to deliver and display the content for the same. Also, the word publisher can refer to the individual who leads a publishing company or imprint or to a person who owns a magazine.Traditionally, the term refers to the distribution of printed works such______books (the "book trade") and newspapers. With the advent of digital information systems and the Internet, the scope of publishing has expanded to include electronic resources, such as the electronic versions of books and periodicals, as well as micropublishing, websites, blogs, video game publishers_____the like. Publishing includes the stages of the development, acquisition, copyediting, graphic design, production – printing (and its electronic equivalents), and marketing and distribution of newspapers, magazines, books, literary works, musical works, software and other works dealing with information, including the electronic media.Publication is also important as a legal concept: 1. As the process of giving formal notice to the world of a significant intention, for example, to marry or enter bankruptcy; 2. As the essential precondition of being able to claim defamation; that is, the alleged libel must have been published, and 3. For copyright purposes, where there is a difference in the protection of published and unpublished works. There are three different categories in which publication house can be divided 1. Non-Paid Publishers : The term non paid publisher refers to those publication houses which does not charge author at all to publish the book. 2. Semi Paid Publishers : Publication houses that charges partially to the author in order to meet the expenses of the book. Author has full right to claim 50% of the copies printed in case if author_____met with the burden of paying 50% of the total amount to get the books published. 3. Paid Publishers : These days paid publication has become very common, here the author has to meet with the total expense to get the book published and author has full right to set up marketing policies.